365 Data Centers, a colocation provider with 16 data center facilities across the U.S., and the San Francisco Metropolitan Internet Exchange (SFMIX), have announced a partnership to expand the SFMIX Internet exchange into 365’s colocation facility in San Jose. 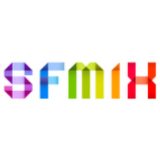 The collaboration provides an IX fabric for tenants of 365 Data Centers‘ San Jose facility an opportunity to connect to other participants on SFMIX. The IX speeds access to the Internet and lowers the cost of interconnection by allowing participants to connect to each other locally rather than having to pay for Internet transit.

“SFMIX is proud to be the only non-profit Internet Exchange in the Bay Area market and we’re excited to continue our dramatic growth within 365’s Silicon Valley facility,” said Matt Peterson, co-founder of SFMIX. “The carrier-neutral meet-me room, redundant power systems, and extensive compliance certifications make 365’s San Jose location an ideal peering location for networks of all types.”

Launched in 2006, SFMIX is a non-profit organization that offers core IX fabric locations within the San Francisco Bay Area, and its exchanges are only placed within carrier-neutral data centers to facilitate more carrier choice, service options and high-speed connections. 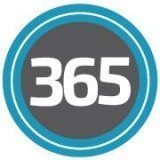 “The Bay Area is a mature Internet exchange market that has been dominated by just a few IXs, resulting in higher prices for interconnection,” said Keao Caindec, Chief Commercial Officer, 365 Data Centers. “Linking networks, data centers and content together to deliver improved performance and lower costs for our clients and their customers is a big win for the Bay Area.”

365 Data Centers recently launched a similar venture at its carrier-neutral colocation facility in Nashville, Tennessee, the NashIX, creating Nashville’s first IX to lower latency and eliminate the need for costly long haul transport to regional exchange hubs. SFMIX and NashIX would align well with 365’s commitment to make the Internet an easier place to connect for both businesses and consumers.

How the IX Works

SFMIX’s presence in 365’s San Jose data center at 534 Stockton Avenue is comprised of networking equipment that enables participants to exchange Internet traffic using Border Gateway Protocol (BGP), the common networking protocol for peering. SFMIX provides a route server to make it faster and easier for participants to exchange routes and establish configurations with each other. Participants gain access to the platform via 1Gbps or 10Gbps connections. For more information on getting connected to the IX, visit: http://sfmix.org/.

Introducing Efficient IT by Uptime Institute