The latest 451 Research Voice of the Enterprise (VotE) survey shows that there is a clear disconnect between IT and OT on IoT projects. Analyzing the operational technology (OT) stakeholder perspective within the Internet of Things (IoT) industry, the research shows that IT and OT personnel are not well aligned on IoT initiatives.

According to the new 451 Research survey, only one-third of operational technology (OT) respondents (34%) said they ‘cooperate closely with IT’ on IoT projects from conception to operations. While a relatively small group of respondents said they were in ‘active conflict’ with IT over IoT, OT professionals are four times more likely to characterize their relationship with IT that way. 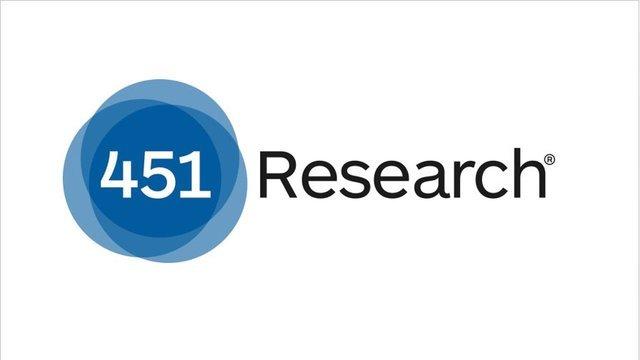 IT and OT personnel are not well aligned on IoT initiatives, but they need to cross that divide for those enterprise IoT projects to prove viable, stated 451 Research. This is becoming an issue as IoT vendors and service providers are rapidly gaining new business opportunities, especially from OT-centric firms. More than half (55%) of the OT survey respondents currently deploy IoT within their organization, and 44% have successfully moved those projects from proof of concept to full-scale deployment.

New operational efficiencies and data-analytics capabilities would be driving successful projects; however, many IoT projects face roadblocks in the trial stage due to the IT and OT divide and budget, staff, and ROI concerns.

“Our new OT survey identifies IoT as a fundamental departure from the traditional IT sale for vendors,” said Rich Karpinski, Research Director for Voice of the Enterprise: IoT. “With complementary data and insights to the quarterly VoTE: IoT survey of IT professionals, IoT vendors, and service providers get the 360-degree view they need of the roles OT and IT play in enterprise IoT budget and deployment plans, as well as a full view into the market disruption and major opportunities for vendors and businesses.”

About this Voice of the Enterprise (VotE) Survey

Published twice a year, 451 Research’s Voice of the Enterprise: IoT, OT Stakeholder Perspective provides in-depth customer data and analysis derived from more than 800 web-based surveys with operations technology (OT) professionals and practitioners. This inaugural OT Stakeholder Perspective survey focuses on overall OT spending, budgeting and IT environments among enterprise customers. Voice of the Enterprise: IoT is published quarterly and provides insights into IT’s view of enterprise IoT. The two surveys complement each other.

A new way to build your network for the cloud edge

What's AWS Educate Program All About? Hear It from Students &...