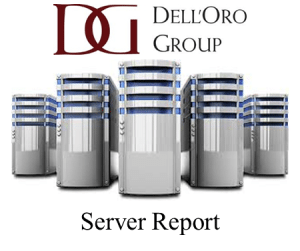 The top three Chinese cloud service providers (Alibaba, Tencent, and Baidu) are forecast to outpace the top four U.S. cloud providers (Google, Amazon, Microsoft, and Facebook) in server growth by 2022, according to a new 5-year forecast report by Dell’Oro Group.

The top four U.S. cloud providers are expected to continue to compose approximately half of the server shipments over the forecast period. However, the growth rate declines as data centers increase in scale and efficiency.

The top three Chinese cloud providers compose about 10 percent of the U.S. top four server shipments and Dell’Oro Group expects that portion to double by 2022.

Over the same period, Small/Medium Businesses (SMB) are accelerating migration to public cloud, while large enterprises – i.e., Fortune 1000 companies, which includes the private cloud – would revert to on-premises data centers. Server revenue is forecast to grow at a two percent five-year compound annual growth rate while server shipments are forecast to grow at four percent.

“The cloud providers have been rolling out new data centers at a pronounced rate, driving cloud server shipments,” said Baron Fung, Senior Business Analysis Manager at Dell’Oro Group. “Furthermore, given the weakness in server shipments to Enterprises/Premises data center, we believe we are well on track to hit our projected crossover point as server shipments to the Cloud eclipse those to the Enterprise by the end of 2017. We expect server shipments to SMB to lead the decline as this sector embraces the Public Cloud. On the other hand, we expect shipments to large enterprises to stabilize, and begin to grow modestly by the latter half of our forecast period.”

Workplace Transformation: A discussion in our Huddle Space

Meet The Spin Up – a Student Program for Tomorrow’s Technologists