OVH, one of the world’s largest web and cloud hosting providers, has announced that its recently introduced startup program, Digital Launch Pad (DLP), has already enrolled over 150 young and upcoming businesses and receives new candidates each week.

Launched last autumn at the OVH Summit in Paris, France, the web hosting provider’s program is devoted to assisting startups. DLP is based on three stages: ‘ideation’, ‘build’, and ‘market’ which correspond to the three phases of business project maturity making the program relevant to startups.

For Cyril Dubus, cofounder and technical director of effiPilot, a company specializing in software for optimizing a building’s energy, Digital Launch Pad has been a real accelerator. “Through credit and assistance provided by DLP, we were able to test our infrastructure before implementing and putting in place the scalable platform which we really required.” 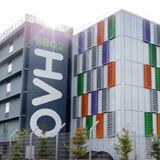 What would set DLP apart from similar programs is the fact that it identifies the exact requirements of the startups it accompanies rather than overstating their needs. The hosting provider’s choice to precisely measure and provide only what is essential – web hosting, cloud or dedicated hosting infrastructure – would ensure that startups do not find themselves stuck with oversized infrastructures which would incur large costs once the program has ended.

In addition to digital resources, other critical factors in the life of a startup include funding. “It’s our strong relationships with investment firms that makes it possible for us to assist startups in accelerating their projects,” said Guillaume Filliere, manager of the program at OVH. “When it comes to raising funds, we play the role of facilitator, notably by placing startups in contact with our financial partners.”

As for visibility and notoriety, OVH already provides the opportunity to select entrepreneurs the chance to take the stage during the OVH World Tour and present their concepts to hundreds of customers and prospects.

The team in charge of the DLP also communicates on a regularly basis about news of the startups in the program through interviews or testimonials on the group’s web sites and through its newsletters. There are future plans to go even further by opening the OVH Marketplace to them.

DLP already accompanies startups in France, the U.S. and Canada and looks to expand its community base by continuing to develop the program in other OVH subsidiaries throughout Europe.