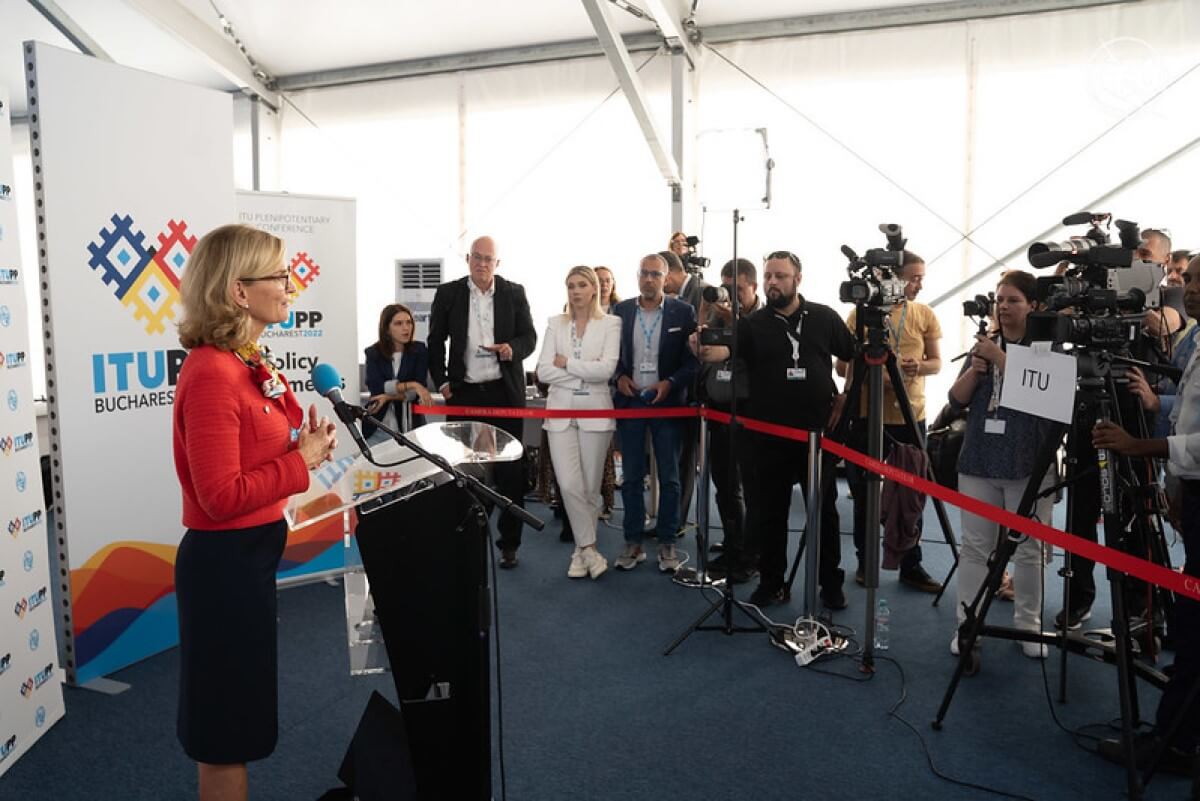 Doreen Bogdan-Martin, a U.S. nominee, triumphed over a Russian opponent to become the first woman to manage the United Nations (UN) telecommunications agency in its 157-year existence. The International Telecommunication Union (ITU), which establishes the international standards governing mobile phones, television, and the Internet, will have Bogdan-Martin as its new secretary-general.

The ITU is the UN’s primary technical body. It was initially established in 1865 to oversee the first global telegraph networks, but currently plays a significant part in promoting the use of radio, satellite, and the Internet. Rashid Ismailov, a former deputy telecommunications minister of Russia, lost to Bogdan-Martin by a landslide margin of 139 to 25 in a vote among the member nations.

“Whether it’s today’s children or our children’s children, we need to provide them with a strong and stable foundation for growth,” said Doreen Bogdan-Martin. “The world is facing significant challenges – escalating conflicts, a climate crisis, food security, gender inequalities, and 2.7 billion people with no access to the Internet. I believe we, the ITU and our members, have an opportunity to make a transformational contribution. Continuous innovation can and will be a key enabler to facilitate resolution of many of these issues.”

Bogdan-Martin joined the ITU’s Development Bureau, one of its three main sections, in 1993 and promoted digital transformation as the bureau’s head in 2019. For more than 20 years, Ms. Bogdan-Martin has served in executive roles in international telecommunications policy. She has facilitated creative and forward-thinking alliances with business, civil society, and other UN agencies throughout her career to hasten digital inclusion and connection.

Russia’s invasion of Ukraine had nothing to do with the vote to choose the agency’s next head, which controls everything from radio airwaves to satellites and 5G. However, while the conflict in Ukraine rages on, the election was a test of Russia’s strength in the UN.

The battle has diminished Moscow’s solid allies within the UN, but member nations nonetheless vetoed a move to bar Russian candidates from running. Contests for the top UN positions frequently center on the power dynamics between regional blocs.

Bogdan-Martin was endorsed by her country’s government as a candidate to make the digital future inclusive and accessible for everyone, especially in developing countries.

Ms. Bogdan-Martin has emphasized the necessity of digital transformation as the chief architect of the ITU’s development work in recent years in order to achieve economic prosperity, job creation, skills development, gender equality, and socioeconomic inclusion, as well as to build circular economies, reduce climate impact, and save lives. On December 31, 2022, her current tenure as Director of the ITU’s Telecommunication Development Bureau comes to an end.

How do I use AWS Single Sign-On permission sets?