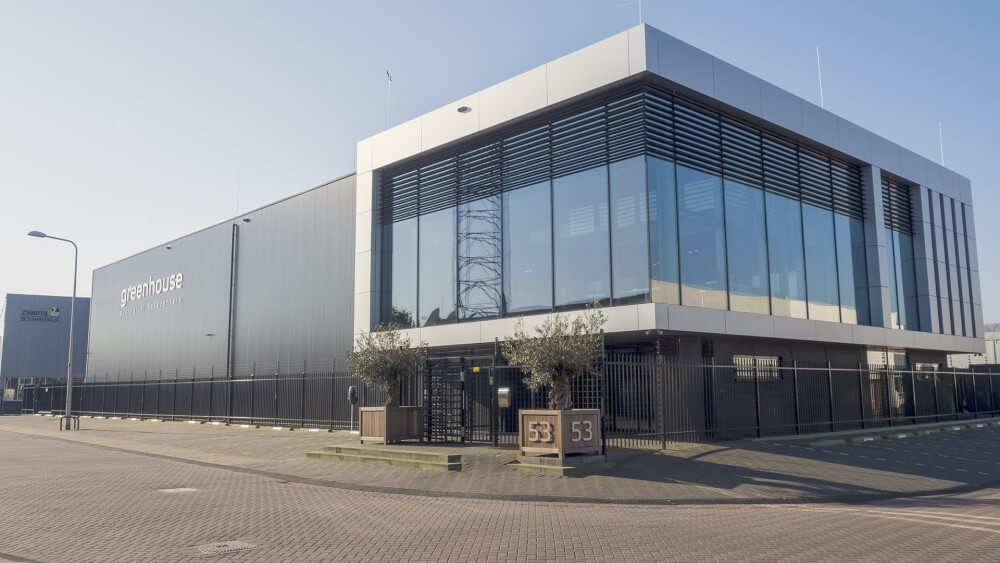 Up to now, the Amsterdam Internet Exchange (AMS-IX) in the Netherlands was only available in Amsterdam. That has now changed. Last summer, the AMS-IX announced its first expansion in the Netherlands outside Amsterdam into the Rotterdam/The Hague metropolitan area. Their Point-of-Presence deployment in selected facilities of two data center operators in this region has now been completed.

Greenhouse Datacenters is one of the two data center companies in the Netherlands selected by AMS-IX for their PoP expansion into Rotterdam/The Hague. The other one is Smartdc. Existing and new colocation clients using these data center facilities now have the ability to benefit from direct, low latency access to the AMS-IX Internet Exchange Platform from this metropolitan area in the Netherlands.

Launching AMS-IX customer at Greenhouse Datacenters is OpenFiber, a regional Internet Service provider (ISP) and fiber operator delivering Internet access, television and telephony to businesses and consumers across the Rotterdam/The Hague region and beyond. A colocation client of Greenhouse since 2019, OpenFiber is now enabled to create significant cost efficiencies and latency enhancements for its Internet traffic.

Thus far, OpenFiber had established some private peering connections, among which connections with Google and Netflix in a data center in Amsterdam, while it was also using some smaller Internet Exchanges in the Netherlands. Direct access to the AMS-IX from Greenhouse’s flagship data center in the Rotterdam/The Hague area now allows OpenFiber to easily set up public peering relations from their home region with potentially more than 875 different networks of companies that are connected to the AMS-IX.

Why the Rotterdam/The Hague area?

Like Amsterdam, the Rotterdam/The Hague metropolitan region is one of the largest urban areas in the Netherlands that is home to extensive industrial, tech and other business activities. The Port of Rotterdam is located here, one of the largest harbors globally. Besides that, Holland’s world-known, large-scale greenhouse horticulture sector is located at the edge of this area, in the so-called Westland. Plenty of reasons apparently for the AMS-IX to create presence in this area with direct access to their Internet Exchange platform.

“The Rotterdam/The Hague region has the potential to grow into a major tech hub, so it is important for us to have a presence here,” said AMS-IX CEO Peter van Burgel a few months ago in an official statement about the PoP expansion into this new area in the Netherlands. “Several large technology companies are already established in the Rotterdam/The Hague region and there are no restrictions to facilitate rapid growth.”

Colocation clients utilizing the AMS-IX platform from the Rotterdam/The Hague region now have direct access to the networks of over 875 distinct parties via a single AMS-IX port. As opposed to private peering, this public peering option gives colocation clients in these facilities the ability to make bilateral or multilateral arrangements on a barter trade and exchange traffic at no charge. It allows them to increase operational efficiency and performance and lower their network expenses.

These direct connections to AMS-IX being deployed in Rotterdam/The Hague, as opposed to indirect connection through a broker, may provide companies with numerous advantages. With the AMS-IX physical PoP located in the same colocation data center as where the IT infrastructure is placed, the availability of this ‘low-latency’ direct path can obviously be entitled as a significant value. Furthermore, in the event of a network outage, it could be much easier to discover the reason behind a network outage and rapidly find a solution. As a result, having direct physical access to the AMS-IX rather than through a broker may provide for increased reliability and complete control over the network architecture.

“The Rotterdam/The Hague area is home to a growing number of tech companies, content providers and others with demanding network requirements and associated colocation needs. As one of the few companies offering top-notch, sustainable data centers in this region, we’re glad that Greenhouse Datacenters is now uniquely able to offer our colocation clients direct access to the AMS-IX,” said Guido Sip, Chief Commercial Officer at Greenhouse Datacenters. “I emphasize the word ‘direct’ since it provides considerable benefits over indirect connectivity to this Internet Exchange as provided by other Dutch data center providers. Direct access to the AMS-IX comes on top of our Tier 1 carrier ecosystem and the wide range of unique networking choices already available at our facilities.”

The AMS-IX launching customer at Greenhouse Datacenters, OpenFiber, is located in the city of Delft in the Netherlands – at a short distance from the Rotterdam/The Hague area. Direct access to the AMS-IX in the immediate vicinity allows this Internet Service Provider to create a plethora of network peering options and achieve network efficiencies for its IP-based services across this region.

“As a somewhat smaller ISP, we are mainly competing with the large, well-known telecom companies in the Netherlands such as KPN and Ziggo. We particularly win clients by offering them high quality services at extremely competitive prices, but the profit margins on the Internet services we deliver are not that great,” said Kasper Schoonman, Director at OpenFiber. “It means that we have to remain vigilant when it comes to creating network efficiencies and keeping our costs under control. Next to that, as we’re competing against these well-known market brands, it is important to maximize the reliability of our services thus compensating for the lower level of awareness with our brand. Access to the AMS-IX at the Greenhouse data center allows us to do so.”

“Until now, we only had access to smaller Internet Exchanges, such as SpeedIX, LSIX, and Frys-IX. These Internet Exchanges sure provide relevant options to enhance network efficiencies to some extent, but our business activities are growing and so is our Internet traffic,” added Kasper Schoonman. “In order to keep our competitive edge, we think it’s important to take the next step. Most of the companies that have presence at the AMS-IX are major businesses with extensive networks and associated traffic. The smaller IXs are cheaper or even free to use. However, the AMS-IX Pop available in Greenhouse Datacenters’ facility offers us much greater advantages in terms of network reliability and efficiency benefits to be obtained.”

The Rotterdam/The Hague Metropolitan Region counts 23 municipalities, 2.4 million people, and 1.2 million jobs employing 13.5% of the population in the Netherlands. The 23 municipalities together form the administrative partnership Metropoolregio Rotterdam/The Hague (MRDH). The Metropolitan Region Rotterdam/The Hague contributes 15% to the GDP, with other activities in this area including the port industry, greenhouse horticulture, a high-tech cluster and cybersecurity sector. MRDH has set itself two main ambitions: to renew the economy and to further improve accessibility.

How to create an email forwarded-only in Plesk