Earlier this year, Prana Studios turned to IBM Cloud as its platform of choice to create their Ultra-High Definition (UHD) special visual effects for a high-end theme park attraction in the U.S.

The project required over one thousand bare-metal servers to render a highly photo-realistic 24K 3D-Stereo show in a format that was twelve times larger than the typical 2K UHD content projects Prana manages. That’s because the imagery and animation would be presented by 12 projectors simultaneously, each projecting at 60 Frames Per Second (FPS) in 3-D stereo across a massive 400-foot wide U-shaped screen inside the attraction (most movies project at 24 FPS). 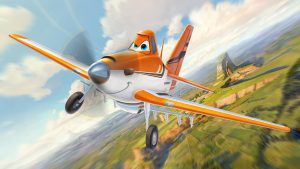 Though Prana operates a large data center of its own, it turned to IBM and IBM Cloud for their “high-performance” bare-metal servers and global scalability with 47 data centers around the world.

“Scaling to cloud was the logical next step for us to continue to operate efficiently even on such a complex project,” said Anish Mulani, President and COO, Prana Studios. “In our experience with other cloud vendors they relied too much on virtual machines and a template approach to the technical and cost aspects. This was further augmented by the excellent support team from IBM who were available on site to understand our specific workflows and engineer the cloud infrastructure to our performance requirements.”

In addition to being compute-intensive work, the amusement park project was also highly iterative, with creative enhancements at every step. In order to enable Prana to turn-around the show in the time allocated, the rendered output on the IBM Cloud was transferred back to Prana’s on-premise servers via IBM Aspera’s high-speed file transfer technology. This ensured the client continued to engage with Prana creatively without having to worry about the impact of creative changes on the production schedule and quality of the show.

“Prana has earned a reputation as an innovative, creative powerhouse, so its selection of the IBM Cloud as the platform for this unique attraction was a natural fit,” said Vivek Malhotra, Director, Cloud, IBM India and South Asia. “From the compute-intensive work for this project to the need to connect with its client, the power and availability of our bare metal servers helped them achieve their goals and make their deadlines.”

The Hidden Costs of Cloud