Further strengthening its commitment to high performance computing (HPC) servers, ARM has announced new math libraries that are precision-tuned for 64-bit ARMv8-A processors. These new ‘ARM Performance Libraries’ would be a milestone in the advancement of the ARM server and HPC ecosystem.

The HPC community will have an opportunity to see the first public demonstrations of ARM Performance Libraries at the upcoming SC15 conference.

“ARM Performance Libraries are another key milestone in the advancement of the ARM server and HPC ecosystem,” said Hobson Bullman, general manager, developer systems group, ARM. “The HPC community are early adopters of ARM-based servers and the introduction of optimized math routines build a foundation for enabling scientific computing on 64-bit ARM based compute platforms. ARM Performance Libraries hit the mark for both software performance and a consistent library interface to enable ease of software development and portability to ARMv8-A server platforms.” 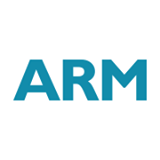 To ensure end-customers see compelling HPC results from differentiation enabled by the ARMv8-A architecture, ARM works with its silicon partners to enhance performance tuning for any 64-bit ARM SoC. This approach takes advantage of innovations and design choices such as memory hierarchy and pipeline configuration which can directly influence the throughput of computational operations.

The Numerical Algorithms Group (NAG) Library and associated validation suite, one of the world’s largest commercially available collection of numerical and statistical algorithms, is at the core of ARM Performance Libraries. 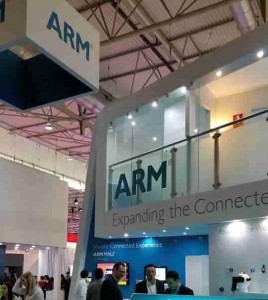 “Cavium is pleased to partner with ARM and NAG to deliver the optimized libraries that are required for the most demanding HPC and Big Data Analytics software applications,” said Larry Wikelius, director, ecosystems and partner enablement, Cavium. “ThunderX, Cavium’s 48-core ARMv8-A based Workload Optimized Processor with dual-socket support is the ideal platform for delivering best-in-class performance for high performance computing applications utilizing the ARM Performance Library. Cavium and ARM continue to aggressively drive the ARMv8-A server ecosystem with industry-leading system and software partners that are delivering key solutions to the HPC, enterprise and hyper-scale server market.”

To accelerate porting of software to platforms based on the ARMv8-A architecture, including 64-bit ARM Cortex® processor-based servers, ARM Performance Libraries offer tested binary distributions of popular open source applications for HPC including ATLAS, OpenMPI, NumPy and TAU. All changes required to port these open source applications to ARM will be fed back to the open source repositories to enable HPC community development and collaboration.

ARM Performance Libraries are available for commercial licensing and supported by ARM, providing a non-restrictive, fully supported, royalty free and maintained development platform. The pre-built, open source packages will be delivered under their respective license.

Winning with Your Investors: The Secret Sauce for Startups