For the first time at the tournament, IBM SlamTracker is available through the Australian Open mobile app, allowing fans to stay close to the action, no matter where they are. 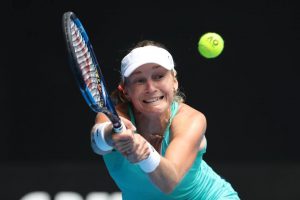 Also new this year, SlamTracker is offering real-time analytics on players and how they are likely to perform under “pressure situations” within a match, such as a tie break, based on their playing style and historical data. This insight will be available to fans from week two of the tournament, when the intensity of competition and pressure on players really kicks in. The new capability is underpinned by IBM’s BlueMix cloud technology, to “facilitate faster delivery of insights and greater scalability.”

“We take a fan-first approach to every Australian Open, and this year we have taken a step further to provide a full end-to-end digital experience to spectators in Australia and around the world,” said Primoz Trcek, CIO of Tennis Australia. “In 2016 more than 2 million unique visitors accessed the mobile Australian Open site, indicating an increasing appetite to access match stats on the go. By offering SlamTracker analytics in the app, specially designed for mobile consumption, we’re ensuring that all fans, whether in the stadium, travelling on the Melbourne tram or watching from the other side of the world, are able to receive up-to-date information in real time.”

451 Research: 44% of Enterprises will Increase IT Security Spending in...

Accenture Expands Its Oracle Capabilities in Canada by Acquiring Cloudworks

How to search for messages in SquirrelMail