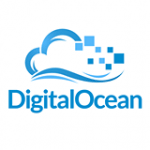 Shared Private Networking will allow users in AMS2 to set up features such as database replication, file storage, and host-to-host communication across a private network. Traffic sent across the private network would not count towards the account’s bandwidth costs.

DigitalOcean states that it will continue to invest heavily in their infrastructure as more data centers are added throughout the world. The company is currently exploring further expansion in locations such as the UK, sharpening its focus on adding more capacity throughout Europe. Upcoming features DigitalOcean users can look forward to include graphs to chart private networking usage, as well as the roll-out of IPv6 for a more secure and robust protocol.

Headquartered in New York City, the cloud hosting provider was previously positioned as challenger to cloud hosting incumbents Amazon (AWS) and Linode by Techcrunch. In August, the company had a $3.2 million seed round led by IA Ventures, with participation from CrunchFund and TechStars.

Google Cloud Expands Its Use of AMD EPYC Processors

How to manage DNS Records for Domain | ResellerClub