Bang & Olufsen, a global design icon and symbol of audio-visual excellence, world renowned for its quality televisions, music systems and high-performance loudspeakers, has selected CDNetworks to leverage a robust online presence worldwide. By selecting this global CDN platform, Bang & Olufsen expects to reduce latency and have a better reach into China, one of the world’s fastest growing consumer markets. 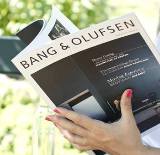 Recently, Bang & Olufsen launched initiatives for global growth, seeking to leverage a robust online presence to serve both mid-level and high-end customers in the world’s fastest growing consumer markets. One of the most appealing of these target markets for Bang & Olufsen is China.

Core to the Bang & Olufsen growth strategy are the company’s two consumer-oriented websites, http://www.bang-olufsen.com and http://www.beoplay.com/. Hosted at data centers in the UK, both websites experienced too many slow-downs and Internet latency to properly serve the desired quality user experience in Asia. So, the IT team tested the use of data centers located in Singapore and Hong Kong.

Despite their proximity to China, the Hong Kong and Singapore data centers failed to meet the Bang & Olufsen goal of creating a strong experience for mainland China consumers.

“The average website user had to wait for a long time for our homepage to download,” said Michael Soby, Manager of IT Governance and Sourcing, Bang & Olufsen. “The situation was not good either for our installed base of smart TV customers. When we streamed software updates, they would sometimes ‘time out’ before the upload was complete.”

Soby’s team started an extensive search for a solution that would ensure a strong local and global online experience when building a data center was not an option. “We needed a global solution, because we had already launched aggressive market entries into other parts of Asia and Australia,” said Soby. “It wouldn’t make sense to build infrastructure on a country-by-country basis.”

The Bang & Olufsen IT team determined that a global CDN was needed to optimize both the performance of their websites and software updates across multiple countries and inside the Chinese mainland. Ideally, the CDN could provide the following capabilities:

Following an evaluation of CDNs with a global presence, Bang & Olufsen decided on CDNetworks. “CDNetworks has a global presence with local people, expertise and infrastructure inside China,” said Soby. “Once we reviewed their performance test results in China and several other target markets, the choice became obvious.”

In less than three days, CDNetworks served the two content- and feature-rich homepages of Bang & Olufsen to consumers around the globe, including all of Asia. As anticipated, the websites experienced dramatic uptime and performance improvements. Homepage download time could be reduced by up to 90 percent, according to Bang & Olufsen, while 98 percent of consumers completed page downloads over CDNetworks.

Soby calculated that his team needed less than 100 working hours to establish CDNetworks as the infrastructure to stream the software updates to their smart TV consumers in Asia. As a result, customers could more easily leverage their Bang & Olufsen smart TVs for additional experiences. “Using CDNetworks dynamic application acceleration, we eliminated software update timeouts to our smart TV users in China,” added Soby.

Bang & Olufsen has also gained operational efficiencies by delivering Web applications over CDNetworks. Instead of managing two data centers in Europe and one in Asia, the company has consolidated data center operations to just one location in the UK.