Packet, a provider of automated bare metal for developers, has announced a partnership with Arm to support the expanding ecosystem for the Arm v8-compatible architecture. Through the partnership, Packet will provide free on-demand access to Armv8-A bare metal systems from Cavium, Qualcomm Datacenter Technologies – enabling open source and commercial software projects “to easily test against a variety of data center-grade machines.” 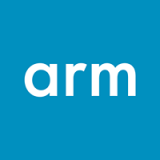 Today, the software community would already leverage the popular Linaro Developer Cloud for rapid innovation and CI/CD. Going forward, Linaro will be able to meet increased demand by virtualizing Packet hosted dedicated servers. However, direct access to physical infrastructure would become critical for the software ecosystem – to build and deploy next generation workloads that fully utilize the underlying hardware capabilities.

“Our mission at Packet is to provide hardware at the end of an API, empowering developers to quickly take advantage of the innovation occurring at all levels of the ecosystem,” said Jacob Smith, SVP of Engagement and a co-founder of Packet. “This partnership builds upon our recent donation to the Cloud Native Computing Foundation (CNCF), and we’re thrilled to work with such a diverse group of innovators in the Arm ecosystem to make the next generation of Arm-based servers available to the developer community.”

In addition to providing access to infrastructure, Arm will support a small group of engineers at Packet to engage deeply with the software community around Armv8-A. As part of this partnership, Packet has re-launched WorksOnArm.com – a site that will serve as a public source of information to help end users, developers, partners, and Arm work in collaboration to accelerate the adoption of servers – based on the Armv8-A architecture – in the data center.

“Adopting the benefits of new hardware architectures starts with establishing a robust ecosystem,” said Jeff Underhill, director of Open Source Enablement, Infrastructure Group, Arm. “Packet’s position as a trusted partner in the developer community will enable rapid adoption of these powerful new resources to accelerate interest, compatibility, and demand. By collaborating across the ecosystem, Works On Arm is a testament to the growing strength and diversity of the Arm server market.”

How to add your email account to Gmail | 123-reg Support