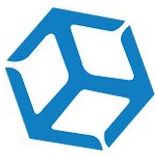 Popular with customers running workloads that require direct hardware access and high performance, bare metal server deployment delivers the full capabilities of the underlying hardware without the overhead consumed by a hypervisor.

The four bare metal configuration types just announced were built in response to the most frequent workloads Blue Box customers deploy. They are:

“When our customers asked us for bare metal, we responded by giving them a deployment model that works in hybrid with our traditional, cloud infrastructure,” said Bob DeSantis, chief revenue officer at Blue Box. “Many customers want both bare metal options and hypervisor-based deployments that support the movement of workloads as development, testing and production needs dictate. That’s what we’ve given them with these four new bare metal configurations.”

Last January, Blue Box completed its Series B financing, bringing the total financing to $14 million. With this financing, Blue Box has planned to further build on its momentum and fuel continued product innovation. The company will invest in several key areas including adding additional talent on its engineering, sales and marketing, and business development teams, scaling its sales and marketing programs, and expanding its channel program.

Lumen to Sell Its ILEC Carrier Operations to Apollo Funds for $7.5 Billion

Digital Transformation in the Transport Industry