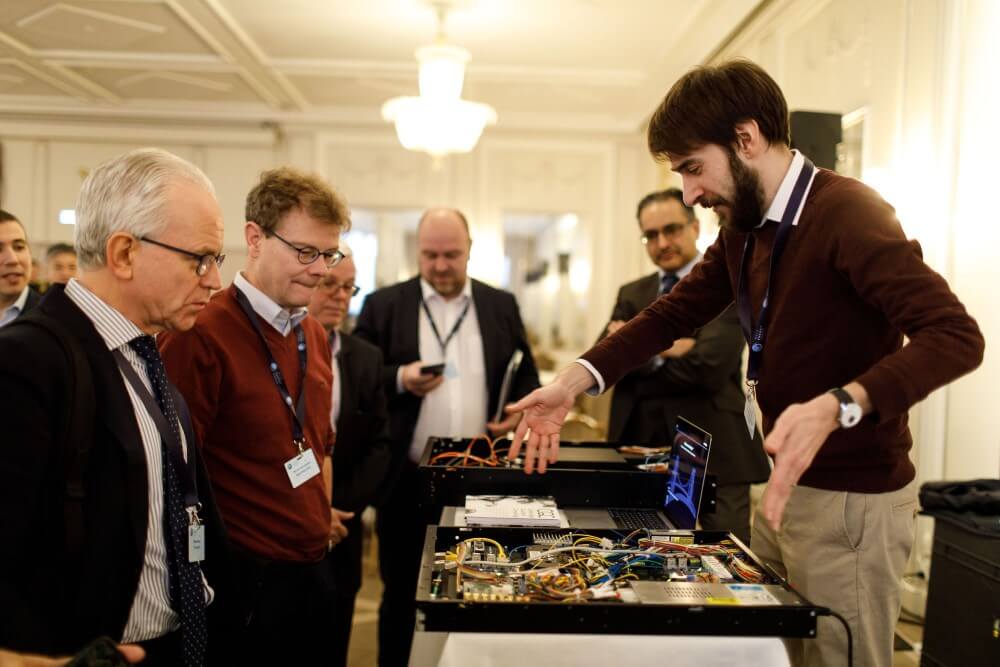 Cambridge Quantum has announced the rollout of Quantum Origin that would be the world’s first commercially available cryptographic key generation platform based on verifiable quantum randomness. Talking about Quantum Origin, it is the first commercial product built over a noisy, intermediate-scale quantum (NISQ) computer and has been built to secure the world’s data from both advancing and current threats to current encryption.

Randomness is essential for securing current security solutions as well as protecting systems from the future threat of quantum attacks. Following which, these attacks would further weaken deterministic methods of random number generation, along with methods that are not verifiably random and from a quantum source.

CEO of Quantinuum and Founder of Cambridge Quantum, Ilyas Khan, said that they have been working for the past few years on a method to use the unique features of quantum computers in an effective and efficient way. In order to offer our customers safety against adversaries and criminals now and in the future, once quantum computers come at a dominant position.

He concluded by saying that the Quantum Origin offers the ability to be safe from the highly powerful threats in the current time as well as the threats from quantum computers that can be encountered in the near future.

Quantum Origin is a platform hosted on the cloud that would provide safety against these current and future threats. It uses the unpredictable nature of quantum mechanics to generate cryptographic keys seeded with verifiable quantum randomness from Quantinuum’s H-series quantum computers.

It also extends support for traditional algorithms like AES or RSA and post-quantum cryptography algorithms currently being standardized by the National Institute for Standards and Technology (NIST).

Organizations can make a call via an API when they need quantum-enhanced keys to be generated with the help of Quantum Origin. Quantum Origin creates the keys before encrypting them with a transport key and securely relaying them back to the organization.

To provide organizations with the considerable assurance that their encryption keys are as unpredictable as possible, Quantum Origin puts the entire output from the quantum computers under test. With this, Quantum Origin makes sure that each of the keys is seeded from verifiable quantum randomness.

These keys are good to go as they can easily integrate with customers’ existing systems because they are delivered in a format that traditional cybersecurity systems and hardware can consume. This end-to-end approach enables key generation on-demand and is capable of scaling with use, all while remaining secure.

Quantum Origin keys should be used in scenarios that require strong cybersecurity. At the time of launch, CQ will also provide Quantum Origin to financial services companies and vendors of cybersecurity products before expanding into other high priority sectors, like telecommunications, defence, government, manufacturing, and energy.

The technology has already been witnessed in a series of different projects with launch partners. Axiom Space used Quantum Origin to conduct a test of post-quantum encrypted communication between the ISS and Earth. They dropped a message ‘Hello Quantum World’ back to earth encrypted with post-quantum keys seeded from verifiable quantum randomness.

“When we talk about protecting systems using quantum-powered technologies, we’re not just talking about protecting them from future threats,” said Duncan Jones, head of cybersecurity at Cambridge Quantum. “From large-scale takedowns of organizations to nation state hackers and the worrying potential of ‘hack now, decrypt later’ attacks, the threats are very real today, and very much here to stay. Responsible enterprises need to deploy every defense possible to ensure maximum protection at the encryption level today and tomorrow.”

The foundation for Digital Transformation