Ubuntu 16.04 LTS introduces a new application format, the ‘snap,’ which can be installed alongside traditional deb packages. These two packaging formats live quite comfortably next to one another and enable Ubuntu to maintain its existing processes for development and updates.

The ‘snap’ format would be much easier to secure and much easier to produce. It would also offer operational benefits for organizations managing many Ubuntu devices, which would bring more robust updates and more secure applications across all form factors from phone to cloud. 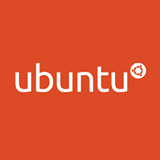 Another key new feature in this release is LXD, the pure-container hypervisor that would deliver 14x the density and substantially greater speed for Linux guests compared to established traditional virtualization. LXD is part of LXC 2.0, the latest release of the Linux Containers project and the basis for many PAAS infrastructures in production today. Canonical has led LXC development for several years, with contributions to LXC 2.0 coming from more than 80 companies.

“The leading cloud-based operations and the most advanced robotics run largely on Ubuntu, and this new release is the basis for the next wave of their innovation,” said Mark Shuttleworth, Founder of Canonical. “We are proud to serve the needs of the enterprise, and research, and millions of personal and non-profit users, with one single shared free software platform.”

This is the 6th Ubuntu Long Term Support (LTS) release for Ubuntu, and marks the first time that the platform is supported on mainframes, the world’s largest and most powerful Linux systems.

Creating ‘snaps’ is simplified for developers with the introduction of a new tool called ‘snapcraft’ to easily build and package applications from source and existing deb packages. ‘Snaps’ enable developers to deliver much newer versions of apps to Ubuntu 16.04 LTS over the life of the platform, solving a long-standing challenge with free platforms and enabling users to stay on a stable base for longer while enjoying newer applications.

The security mechanisms in ‘snap’ packages allow for much faster iteration across all versions of Ubuntu and Ubuntu derivatives, as ‘snap’ applications are isolated from the rest of the system. Users can install a ‘snap’ without having to worry whether it will have an impact on their other apps or their system. Similarly, developers would have a much better handle on the update cycle as they can decide to bundle specific versions of a library with their app. Operationally, transactional updates would make deployments of ‘snap’ packages more robust and reliable. 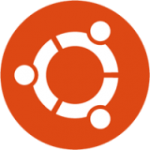 ‘Snaps’ mark an important milestone in Canonical’s efforts to create a converged Ubuntu across IOT, mobile and desktop. ‘Snaps’ originate from the world of IOT and ‘snappy’ Ubuntu Core, marking the convergence of Ubuntu’s desktop and IOT efforts, and building on the introduction earlier this year of Ubuntu’s first tablet, which can be turned into a full PC. Supporting ‘snap’ packages on Ubuntu 16.04 LTS unifies the experience for Ubuntu developers, whether they are creating software for PC, Server, Mobile, and IoT Devices.

LXD as a Hypervisor

Using LXD as a hypervisor for OpenStack would enable greater density of workloads while providing lower latency than many other cloud infrastructures in the market today. This offers significant benefits for companies doing time-sensitive work on cloud infrastructure, such as telco network-function virtualization, real-time analytics of financial transactions, or media transcoding and streaming. It would also provide significant improvements to the cost of infrastructure for organizations with large portfolios of idle guest workloads.

Also included in this release is support for ZFS-on-Linux, a combination of a volume manager and filesystem – which would enable efficient snapshots, copy-on-write cloning, continuous integrity checking against data corruption, automatic filesystem repair, and data compression. ZFS-on-Linux is a mature filesystem based on work published by Sun Microsystems under a free software license nearly a decade ago, and which is widely used in cloud and container operations on Ubuntu.

“Canonical’s Ubuntu 16.04 LTS moves Open Software-Defined Storage (OpenSDS) into the mainstream of cloud computing by the inclusion of ZFS on Linux,” said Tarkan Maner, CEO & Chairman at Nexenta. “In addition, with the integration of NexentaEdge with Juju, we are providing customers with the advanced and enterprise-ready scale-up and scale-out solutions, service and support they need for effective private cloud storage solutions for businesses using Ubuntu.”

CenturyLink Receives Company of the Year Award for the North American...

How to Map your Domain Name to your Hosting Package