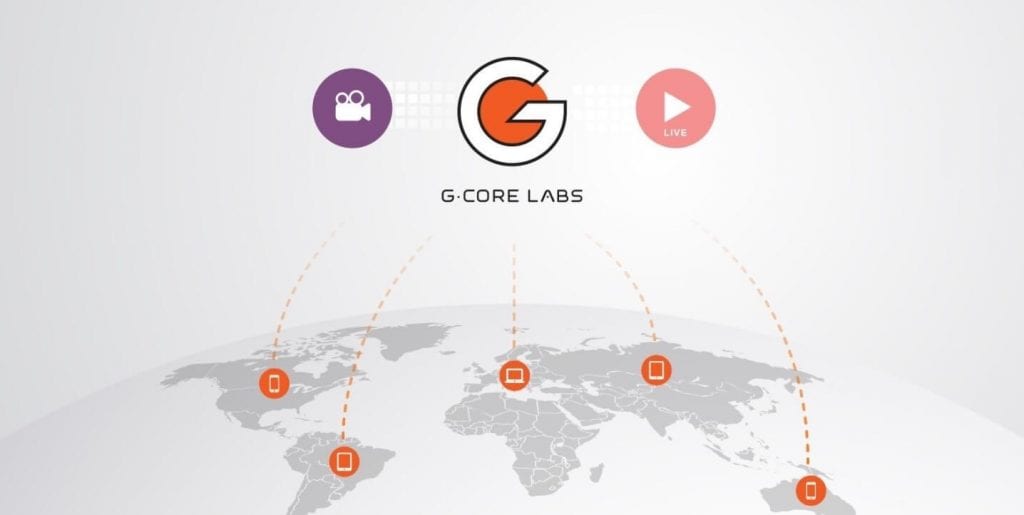 G-Core Labs, an international CDN provider delivering cloud and edge solutions, has unveiled its renewed streaming platform, replacing the previous version of the product. This “turnkey” solution for live video and video-on-demand streaming can be used to deliver video content to anywhere in the world in full HD and 4K quality to any device.

By default, G-Core’s streaming platform would provide video transmission with a delay of up to 4 seconds for all streams, according to the company. Such broadcasts can be sent to an audience of 100+ million viewers. Users can also sign up for “ultra-low latency” streaming. The streaming platform service uses WebRTC technology. According to G-Core Labs, it minimizes the video stream delivery time to 1 second.

An important feature of the streaming platform is its integration with G-Core Labs’ CDN, a “fast” content delivery network. The network infrastructure, which G-Core Labs has been creating for almost 10 years, is represented on all continents. It includes more than 100 Points-of-Presence (PoPs) in 65 cities around the world. It is located as close as possible to the final audience, which would have a positive effect on minimizing delays in live broadcasts and VOD delivery.

“G-Core Labs has been developing its video streaming business since 2018. With the new streaming platform that replaces the previous version of the product, we focus on three core features that are important to our customers,” said Alexey Petrovskikh, head of G-Core Labs’ streaming platform department. “The first is to ensure the lowest latency in video delivery. Compared to the previous version of the platform, we have reduced the latency from 10 to 1-4 seconds, which is almost 10 times less for ultra-low-latency streaming and 2.5 times less for low-latency. This is a big step forward.”

“We use advanced technology to minimize the video stream delivery time, such as Chunked CMAF, HTTP CTE, Low Latency HLS, WebRTC, SRT and Low Latency CDN,” added Mr. Petrovskikh. “Another important feature is providing streamlined support for all stages of broadcasting from capturing and converting a video stream to its playback. Our streaming platform provides all the tools you need, including transcoding, cloud storage, a content delivery network, and a cross-platform HTML5 player.”

According to Alexey Petrovskikh, another important function of their renewed streaming platform is reliable content protection against copying. To protect live broadcasts, DVRs and VODs, G-Core Labs uses various tools for anti-copying and restricting unauthorized access. Streaming is possible only through the customer’s resources (AES 128/256, Tokenization). The highest level of protection, DRM, is also supported.

The G-Core Labs streaming platform is already used by several large European media holdings, banks, retailers, and video game developers. It includes Wargaming (World of Tanks, World of Warships, and other hits), Tinkoff bank (one of the world’s largest online banks), Moscow Media, and businesses specializing in household appliances, electronics and other products.

Adaptive Bitrate Streaming up to 4K

The G-Core Labs streaming platform supports adaptive bitrate streaming up to 4K, multiple ad modes and an Anti Adblock function, as well as 360° and 3D video formats. This would allow users to make 4-hour recordings and rewind live TV (DVR). The platform’s personal account would provide “understandable” statistics and analytics. This includes data on the number of content views, the number of unique viewers, peak viewers, traffic sources, and so on.

“We know it’s not easy to find a reliable vendor. And it takes even more time and effort to find several vendors and make them work together to achieve a certain goal,” concluded Mr. Petrovskikh. “Therefore, a multifunctional streaming platform based on a powerful CDN is a great find for any customer.”

AlwaysOn Availability for SQL cluster across countries on Interoute VDC