CenturyLink (NYSE: CTL) has announced that it continues to build a service-centric environment for its customers through the integration of its network and cloud, combined with virtualization functions. The company is currently building an end-to-end network platform with software-defined networking (SDN) and network functions virtualization (NFV) capabilities. 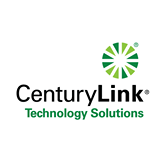 CenturyLink is aggressively working to transform its existing core network into an SDN and NFV-based environment and will virtualize 40 percent of its global IP core network locations by end of 2015 with plans to have full global virtualization coverage in its IP core network and data centers by 2018. The company has already built its NFV platform in 36 network and data center locations in seven countries, with plans to expand into a total of 44 locations by the end of the year.

CenturyLink was one of the first providers to use NFV technology to virtualize security features such as firewalls and a content delivery network (CDN) to distribute video through its Prism TV service, providing quicker delivery of these services. In the coming months, CenturyLink will begin deploying a range of virtualized data and voice infrastructure services, including virtualized Multi Protocol Label Switching (MPLS) routers and Customer Premises Equipment (CPE) to enable dynamic delivery of scalable services for customers.

“CenturyLink is taking its network assets and combining them with our expanded NFV platform and cloud services to create a customizable and dynamic applications marketplace infrastructure that will give businesses near real-time provisioning and more control over their service experience,” said Aamir Hussain, CenturyLink executive vice president and chief technology officer. “The customer experience is a top priority for CenturyLink. Integrating virtualized services into our network and developing an interactive marketplace and portal for our customers allows us to be more responsive to market opportunities and meet changing customer demands. We are pleased that our efforts position CenturyLink as an industry leader in virtualization.”

CenturyLink is actively replacing hardware with software over its recently launched Programmable Services Backbone (PSB) to quickly deliver new services to enterprises and small and medium businesses through virtualized functions. CenturyLink and Ciena (formerly Cyan) announced in March 2015 that the PSB will be mobilized by Ciena‘s Blue Planet NFV Orchestrator. The PSB platform will bring SDN and NFV functions to CenturyLink’s core and metro networks, and new next-generation CPE, bringing the company’s networking, cloud, hosting and IT services into an integrated offering that will be accessed through a portal and set of Application Programming Interfaces (APIs).

In addition to Ciena, CenturyLink is working with several vendors, including Arista Networks, Nuage Networks, Red Hat, Ericsson and Supermicro to implement virtualization functions in its network, and to deliver NFV-based versions of the vendors’ current product lines.

How to build a WordPress Millenium Falcon with Plesk Extension