CenturyLink, one of the largest telecommunications companies in the United States, has announced the opening of its CenturyLink Cloud Development Center, the company’s new Seattle-area home for cloud platform development and innovation. The new facility serves as another cloud milestone for the company since the establishment of CenturyLink Cloud nearly a year ago.

“The Cloud Development Center ushers in a new era for CenturyLink, offering a collaborative environment for top technology talent from around the world, a hub for client and industry discussions, and a focal point for building technology solutions that benefit our customers,” said Jared Wray, chief technology officer for CenturyLink Cloud and head of the new center. “Our new facility builds on our legacy roots in the Seattle area, where we founded CenturyLink Cloud, and is designed to foster creativity among the top developers and coders of today and tomorrow as they keep CenturyLink at the forefront of cloud and platform innovation.” 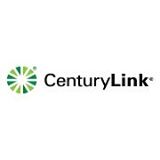 The opening of the Cloud Development Center creates opportunities for customers, partners and industry influencers to discover CenturyLink Cloud innovations. The Seattle area was selected as the location for the facility due to the concentration of cloud companies and resources in the market.

About 300 employees will ultimately work at the 30,000-square-foot center, which is located in Bellevue, Seattle’s largest suburb. The center includes an executive briefing center and an innovative design centered on collaborative development, featuring “team room” workspaces and a large area for hosting developer and start-up events.

CenturyLink has made several significant cloud advancements since its acquisition of Tier 3 in November 2013:

How to Enable Piped Logging in Apache

Create Your HostDime Cloud in Seconds