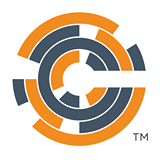 The news was unveiled last week at Microsoft’s Build Conference in San Francisco. Key facts of this announcement include:

The Myth of Scale and Other Economic Fallacies: Symposium 2014