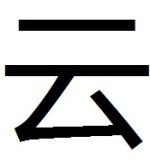 Alibaba’s cloud hosting division, Aliyun, already has data centers in three Chinese cities: Hangzhou, Qingdao and Beijing. The Hong Kong data center, the first manifestation of the company’s plans to expand internationally, has been established to provide Chinese businesses operating in the Greater China region and in Southeast Asia with Internet traffic and data-handling capacity.

The Alibaba Group initiallly unveiled its plans for international expansion last December. The announcement followed on the news that company’s such as Amazon (AWS) and Microsoft (Azure) would launch their cloud hosting platforms in China. The Aliyun cloud hosting services are aimed at local businesses as well as Chinese enterprises with international operations.