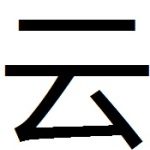 The announcement follows on the recent announcement that Amazon will bring its AWS cloud hosting services to China. Also, Microsoft has launched its Cloud Azure platform in China last summer. The Aliyun cloud services are aimed at local businesses as well as Chinese enterprises with international operations.

The exact details of where Aliyun will establish its first global data center are not disclosed yet, although Aliyun director Zhang Jing has implied two options to China Daily: the United States or Southeast Asia, thanks to its proximity to domestic businesses.

How to remove the site name from the meta title in...

Radio Cloud Native: The current state of Kubernetes & a farewell...