The Internet Exchange branded ‘CHN-IX’ is expected to be built, owned and managed by ChinaCache to serve internet content providers (ICPs) and Internet service providers (ISPs) in China with effective interconnect and peering services. Pursuant to the Agreement, AMS-IX will give consultancy on platform design, and will provide a proven infrastructure management and customer portal software.

The company plans to establish CHN-IX at the ChinaCache Atecsys data center located within the Shunyi tax free zone near Beijing Capital international airport initially, to be followed by a node in Zhongguancun, Haidian District of Beijing, and with a plan to potentially expand into additional locations. CHN-IX is expected to start serving customers in the fourth quarter of 2015

Atecsys is one the largest cloud hosting data centers in Beijing and offers over 80,000 square meters of customer space. Zhongguancun is known as “China’s Silicon Valley”, center of advanced technology and emerging industries.

“AMS-IX is the largest Internet Exchange in the world in terms of the number of parties connected, and we are very pleased to leverage their knowledge and expertise to build the first professional Internet Exchange in Mainland China,” said Song Wang, founder, Chairman and CEO of ChinaCache. “Their involvement in combination with our state-of-the-art facility will enable CHN-IX to provide our customers with a high-quality interconnection service from day one. CHN-IX also underscores our dedication to support the government’s Mass Entrepreneurship and Innovation, One Belt, One Road initiative, while improving connectivity and collaboration.”

Established in the early 1990s, AMS-IX is a neutral, non-profit and independent Internet Exchange based in Amsterdam, the Netherlands. Business Internet traffic at AMS-IX has a peak of more than 4 Terabits per second (Tbps) and it interconnects around 750 IP networks. 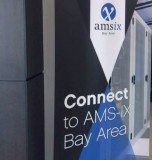 “With China’s ever increasing volumes of Internet traffic, this initiative will support the more efficient delivery of content to end-users within China”, said Job Witteman, CEO and co-founder of AMS-IX. “We are very proud to support the development of one of the first Internet Exchanges in China using our expertise in running world-class interconnection platforms. This partnership with ChinaCache further underlines the growing collaboration between the Netherlands and China.”

Managing Teams and Projects in Jira From Idea to Execution