ChinaCache ‘s strategic decision to terminate the agreement was made in recognition of the perceived value of the data center assets in light of increasing market demand for Internet data center services, as well as the belief that Xin Run can effectively be leveraged as part of ChinaCache ‘s offering package to customers, “thus better positioning the company for long-term growth.”

“China is rapidly adopting a digital lifestyle and Cloud and new data-intensive technologies, such as AI and big data analytics, are fanning demand for increasing Internet data center capacity and related services,” said Mr. Song Wang, Chairman of the Board and Chief Executive Officer (CEO) of ChinaCache. “With ten Internet data centers in Beijing hosting capacity for 12,400 racks, Xin Run is growing quickly and capturing wide-spread demand from government agencies and businesses, including several leading Internet and cloud service enterprises.”

“Against this backdrop, we see a compelling value proposition as we offer customers total solution services, comprised of our Internet data centers, Internet and cloud exchange centers and our extensive content delivery network,” added Mr. Song Wang. “We believe this three-layered structured network will provide an integrated and broad-base of operations from which we can capitalize on our strengths and deliver sustained shareholder value.” 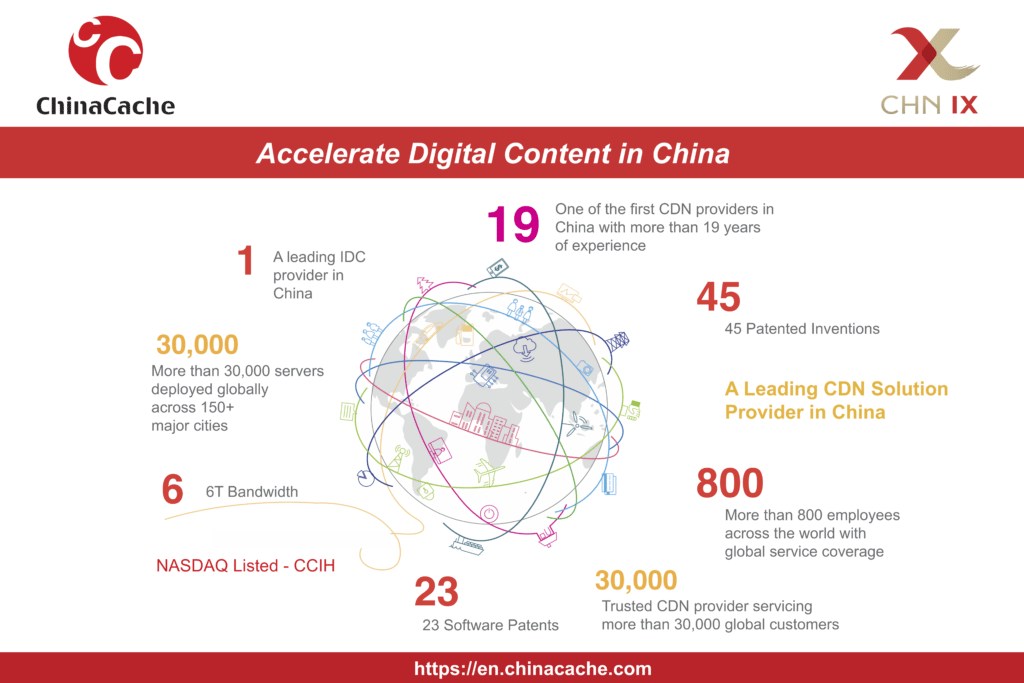