Cirrus Data Solutions, a provider of data migration appliances, has been awarded its 3rd patent to date for its Transparent Datapath Intercept (TDI) technology. TDI would eliminate the complexity and interruption to business when deploying storage management applications.

TDI allows data centers to conduct all types of data migration schemes – from local storage refresh, local to remote, legacy to cloud, and other storage practices – without the need to halt operations or make configuration changes to any servers, switches or storage.

In essence, TDI would allow Cirrus Data appliances, which can perform data migration and caching, to be added on-the-fly in a live production environment in a matter of minutes without having to make wholesale changes to the data center environment. 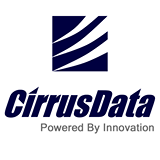 The new patent in effect for TDI was issued by the US Patent Office (#9,077,752) for host-side interception, defined as ‘Systems, apparatus, and methods for identifying stored data that may be accessed by a host entity and providing data management services.’

This Cirrus Data patent extends the coverage of the TDI invention to host-side intercept, with all the protocols covered in the previous patents. In addition, this patent also covers the configuration where vSAN, or Virtual Fabric capable switches, can be used for increasing the fan-in/fan-out ratio. This would increase the efficiency of the Nexus to allow one-to-many intercept, meaning a single Nexus can be used to intercept multiple links.

With the host-side intercept, and the one-to-many configuration, a single pair of Cirrus Data appliances with few Nexus can be used to intercept a large environment with many storage links. Frequently the number of storage paths provided by these links is not present for performance reasons, but rather appear due to simplified redundancy configuration. By consolidating the paths transparently, the system can be intercepted by reducing the over redundant paths without performance degradation and without introducing risk.

“All of our products take full advantage of TDI, which allows database administrators and service providers the ability to quickly install and remove our appliances in a live production environment with zero installation downtime,” said Wayne Lam, CEO of Cirrus Data.

Based in Syosset, NY, Cirrus Data Solutions was founded August 2011 by a team of data storage experts each with over 20 years of experience and specializing in supplying plug-and-play SAN-based data storage solutions requiring zero changes to existing infrastructure. Its software appliances are sold/licensed through a network of partners including Cognizant, Dell, Fujitsu, IBM and Datalink.

How to repair a MySQL database in WHM