Cisco has launched new SDN-ready Nexus switches that would deliver cloud scale 10/25/40/50/100Gpbs, with “up to 10 times” performance improvement. At the same time, Cisco has unveiled its HyperFlex Systems built on the company’s UCS compute platform.

“The Cisco Nexus 9200 is a next-generation Top of Rack switch that pushes the boundaries and exceeds performance of existing solutions,” said Trey Layton, Senior Vice President and Chief Technology Officer, VCE, the Converged Platforms Division of EMC. “These switches meet the needs for the dense, hyperconverged compute and IO intensive applications that VCE VxRack Systems address. For example, it’s not uncommon for customers with hundreds or thousands of VxRack nodes to drive millions of IOPS, as well as hundreds of gigabits per second of system bandwidth. The Cisco Nexus 9200 solves this problem.” 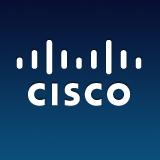 Cisco HyperFlex Systems would simplify policy-based automation across network, compute and storage for the widest set of enterprise applications. Cisco HyperFlex surpasses first generation hyperconverged solutions, which were severely limited in terms of the performance, flexibility, and operational simplicity required by today’s IT environment of micro-services, containers, new applications and clouds. This expands Cisco’s portfolio of complete software-defined infrastructure – from compute with UCS, network with ACI and SDN solutions, to now HyperFlex for storage.

Cisco HyperFlex customer benefits would include:

In addition, Cisco has announced: