Cloud computing uptake is about to explode in Africa’s largest economies – Nigeria, Kenya and South Africa, as businesses gain confidence in both the security and reliability of cloud server based IT infrastructures. This was the key finding of the ‘Cloud in Africa: Reality Check 2013’ research study, released by World Wide Worx and Cisco. 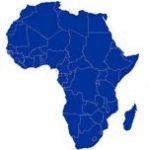 A significant finding from the study was that, while South Africa currently leads the continent in Cloud uptake, it is about to be overtaken – dramatically – by Nigeria. The finding is in line with the fact that Nigeria just overtook South Africa as the continent’s largest economy.

In 2013, 50% of South African medium and large businesses are using cloud hosting services; while a slightly lower proportion – 48% – are using cloud services in Kenya. Nigeria lags substantially behind, with only 36% of businesses there currently using cloud server based services. The study was conducted among a small but representative sample of senior information technology decision-makers in medium-sized and large companies in Nigeria, Kenya and South Africa.

A significant 44% of Nigerian businesses say they will embrace cloud hosting services in the coming year, bringing the total in that country to 80% by the end of 2014. This compares to 24% of organizations in Kenya and only 16% in South Africa saying they will be taking up Cloud.

The key to the rapid adoption of Cloud computing in Nigeria and Kenya can be found in the growing confidence that IT decision-makers have in the environment. Even where confidence is not high, distrust in Cloud has almost entirely disappeared. The survey showed that 57% of decision-makers across the three countries had high confidence in the security of cloud hosting infrastructures, while a further 34% were neutral – meaning they would wait and see, but were not negatively disposed towards it. Only 1 in 10 respondents did not trust security in the Cloud.

An even higher level of confidence was expressed in the reliability of cloud hosting. About  73% of respondents across the three countries expressed high confidence, while most of the rest – 25% – were neutral on reliability.

From a regional perspective, the Cisco Global Cloud Index predicts that through 2017, the Middle East and Africa will have the highest cloud hosting traffic growth rate (57 percent CAGR), followed by Asia Pacific (43 percent CAGR) and Central and Eastern Europe (36 percent CAGR).

Hosting a REST API with a Cloud Firestore backend

How to display videos and social media apps on your website

The Best Things About WP Engine