CloudVelox, a pioneer in cloud automation and orchestration software, has announced a new distribution relationship with Ingram Micro. Under the U.S. agreement, Ingram Micro’s value channel partners will be able to resell the CloudVelox One Hybrid Cloud software – to accelerate the migration of brownfield workloads from any source (physical, virtual, cloud) to the public cloud. 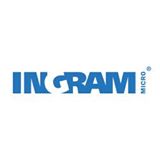 What this would mean for channel partners is the ability to create additional value for themselves by offering automated cloud migration and optimization of workloads to their customers ‘brownfield’ (legacy) applications.

“Through automation Ingram Micro channel partners will be able perform mass migrations to the cloud while driving margin expansion on their service offerings by using cloud automation software to replace the manual scripts and tools in public cloud migrations,” said Giovanni Paliska, Vice President of Sales, CloudVelox. “Along with that channel partners’ customers will be able to realize the benefit of moving to the cloud in weeks versus months through a ‘Lift and Optimize’ approach.”

“Cloud is disrupting the traditional business models of companies and channel partners worldwide and creating an unstoppable momentum for managed IT services,” said Tarik, Faouzi, vice president, product management, Ingram Micro Cloud. “Infrastructure as a Service is an untapped opportunity for channel partners and we’re excited to add CloudVelox to the Ingram Micro Cloud Marketplace.”

Kubernetes and OpenShift: What's the Difference?