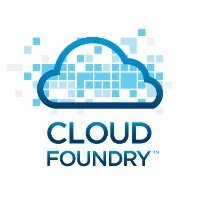 The Cloud Foundry Foundation, an independent non-profit organization formed to sustain the development, promotion and adoption of Cloud Foundry as the global industry standard for open Platform-as-a-Service (PaaS), has announced three of its largest incubating initiatives that have been promoted to active projects, including the Foundation’s runtime project, Diego. As a result, the platform now includes native support for Docker container images and .NET applications.

The Foundation’s Runtime PMC has promoted the Diego, Garden and Greenhouse projects from incubating status to active status. Diego is a “cutting-edge” version of the Cloud Foundry runtime layer, providing a more flexible architecture. Garden is Cloud Foundry’s container orchestration layer. Greenhouse enables support for .NET within the platform. Together, these projects would significantly enhance the capabilities of Cloud Foundry by including native support for Docker containers and .NET applications.

“The advances we’re making across the Cloud Foundry ecosystem are inspiring,” said Cloud Foundry Foundation CEO Sam Ramji, “The world’s leading companies in every market are building their businesses on Cloud Foundry. More importantly, they’re joining the cause and signing up as members to take a hands-on role in building out critical capabilities for their shared future.”

Because Cloud Foundry now provides native support for .NET, organizations have the flexibility to work with a mix of both Linux and Windows applications. Cloud Foundry .NET applications run natively on Windows Server 2012 R2 virtual machines. Cloud Foundry also can manage applications with the same commands and many of the same operational benefits as Linux container based applications, including log aggregation and automatic health monitoring and recovery.

Cloud Foundry’s support for Docker based applications enables developers to choose between pushing code or pushing container images into the platform. It would give developers consistency in how the applications are managed and scaled. Additionally, Garden will use the Open Container Initiative’s runC implementation as its default container. Many Cloud Foundry Foundation members including Cisco, Docker, EMC, Fujitsu, HP, Huawei, IBM, Intel, Pivotal, SUSE and VMware are also participating in the Open Container Initiative, sharing Cloud Foundry’s container management experience to improve the project.

Since the independent Cloud Foundry Foundation launched earlier this year, development progress would continue to accelerate with dramatic increases in contributions to the project. More than half of the Foundation’s members are based in Europe and/or have a significant European presence. The Cloud Foundry user community in Europe continues to expand as well, with 39 self-organized local groups, attracting more than 6,279 members across Germany, France, the United Kingdom, Spain and other countries.

Cisco Live 2018: How to be Brilliant at a Moment’s Notice