Interoute, owner/operator of one of Europe’s largest cloud hosting services platforms, has announced the launch of a new Interoute Virtual Data Center (VDC) zone in Los Angeles. This is the second U.S. location it has launched this year, following the opening of its New York VDC zone in June.

The new VDC zone in Los Angeles is the eighth zone Interoute has launched this year. The expansion of Interoute’s globally distributed cloud hosting platform would meet the needs of American companies looking for a location-sensitive, low-latency cloud hosting platform to make compliance with European data laws easier. It also supports European businesses looking for a cloud platform that covers both U.S East and West Coast. 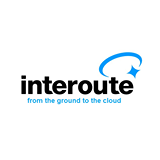 “Interoute simplifies the complexities of doing business in Europe giving customers the ability to reach over 500 million people whilst adhering to the continent’s different national laws and regulations,” said Matthew Finnie, Interoute’s CTO. “Interoute VDC is designed to make doing business across multiple markets easier, with one price and one SLA everywhere. Opening an Interoute Virtual Data Center in Los Angeles allows American businesses to expand into European markets through a platform that offers public cloud convenience with private cloud confidence.”

How to report UX and APIs in Azure Active Directory

How to copy a cPanel/WHM account to your server using its...

How to park a domain name in WHM