According to an online survey, conducted by Accenture between January and February of 2016, there’s a significant uptick in cloud adoption at the enterprise level but companies are missing the full benefit of their cloud adoptions by not factoring their IT implementations into their overall business strategy.

Accenture’s ‘Cloud in the Boardroom’ study of nearly 1,900 c-suite executives across the world, found that while more than 95 percent of respondents have a five-year cloud strategy already in place. Only 38 percent have aligned these plans with overarching business goals. This survey of nearly 1,900 executives in 13 countries tracks boardroom perspectives on cloud implementation in the as-a-service economy.

Accenture’s survey also revealed enormous potential for hybrid and public cloud growth across all 15 surveyed industries, with four of five executives reporting that less than half of their business functions are currently operated in public cloud, but noted increasing intent on moving more of their operations to the cloud in the coming years. 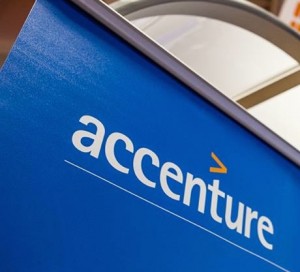 “Our research confirms that enterprise clients are overwhelmingly recognizing the value of a Cloud First agenda – leveraging the cloud to bring applications, infrastructure and business processes together and be delivered as-a-Service – as a driver of digital innovation, and they are upfront about the guidance they need in order to move even faster on their journey to the cloud,” said Jack Sepple, senior managing director, Accenture Cloud and Accenture Operations group technology officer. “By taking steps to align their cloud and business strategies and to involve IT more directly in cloud decision-making, companies will be better positioned on their journey to the cloud as the as-a-Service economy matures.”

While half of respondents cite security as their biggest concern with the public model, more than 80 percent believe public cloud security is more robust and transparent than what they’re able to provide in-house. Similarly, 80 percent say they are no longer worried about compliance and regulatory issues. With an overwhelming majority, 89 percent, now agreeing that implementing cloud strategies is a competitive advantage which allows their companies to leverage innovation through agility.

Nearly four of five executives reported that the IT function of their businesses may lack the necessary skills to be involved in as-a-Service purchases, despite an overwhelming consensus (88 percent) that IT should participate in these transactions. To help bridge this gap, 92 percent of organizations have or are planning to establish a formal IT service broker role.

83 Percent of Organizations Hit by DDoS Attacks in Last Two...

This Week in Cloud: Next OnAir week 6