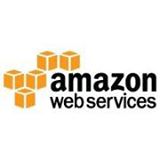 The new General Purpose (SSD) volumes are engineered to provide predictable performance for a broad range of workloads, including personal productivity, small to medium-sized databases, test and development environments, and boot volumes.

The volume type would provide the ability to burst to 3,000 IOPS (input/output operations per second) per volume, independent of volume size, to meet the performance needs of most applications and also deliver a consistent baseline of three IOPS per gigabyte. Users only pay for the storage they provision, with no additional charges for I/O (input/output).

The General Purpose (SSD) volumes introduced now are designed to support the vast majority of persistent storage workloads and are the new default Amazon EBS volume.

Users can still opt for two other Amazon EBS volume types to meet the needs of their workloads: Provisioned IOPS (SSD), and Magnetic volumes.

“Customers have been using Amazon EBS since 2008 to run their most demanding applications and databases on AWS,” said Peter De Santis, Vice President, Compute at Amazon Web Services. “In 2012, we introduced Amazon EBS Provisioned IOPS volumes, providing customers with access to SSD technology for their most demanding workloads. With the introduction of EBS General Purpose (SSD) volumes, SSD technology can now be applied to a much broader range of use cases at a lower cost while also delivering high IOPS, low latency, and high bandwidth.”

How to Manage your ports

How do I authorize access to API Gateway APIs using custom...