Through Microsoft’s contribution of the Project Olympus design much earlier in the cycle than many OCP projects, AMD was able to engage early on in the design process and foster a deep collaboration around the strategic integration of AMD’s upcoming ‘Naples’ processor. The performance, scalability and efficiency found at the core of Project Olympus and AMD’s “Naples” processor would mean that the updated cloud hardware design can adapt to meet the application demands of global data center customers. 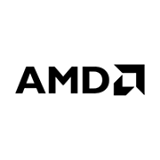 “Next quarter AMD will bring hardware innovation back into the datacenter and server markets with our high-performance ‘Naples’ x86 CPU, that was designed with the needs of cloud providers, enterprise OEMs and customers in mind,” said Scott Aylor, corporate vice president of enterprise systems, AMD. “Today we are proud to continue our support for the Open Compute Project by announcing our collaboration on Microsoft’s Project Olympus.”

Designed to securely scale across the cloud data center and traditional on-premise server configurations, ‘Naples’ delivers the ‘Zen’ x86 processing engine in configurations of up to 32 cores. Access to vast amounts of memory, and industry-leading on-chip support for high-speed input / output channels in a single-chip SoC further would differentiate ‘Naples’ from anything else in the server market today.

The first AMD ‘Naples’ processors are scheduled to be available in Q2, with expected volume availability building in the second half of 2017 through OEM and channel partners.

“Collaboration across the open source community is central to driving rapid innovation and creating a vibrant ecosystem for Microsoft’s Project Olympus,” said Kushagra Vaid, general manager and distinguished engineer, Azure Cloud Hardware Infrastructure, Microsoft. “Partnership in design, such as our collaboration with AMD, shows how engaging early and often with hardware innovators can produce open source designs that are faster to market and customizable to enable flexibility and choice for end users.”

Plesk Onyx Update Released at CloudFest With SEO and AI on...

How to Create Email in cPanel – Host1Plus Tutorials