Organizations are increasingly adopting virtualization, software defined networks and cloud applications such as Office 365, Salesforce and video conferencing. As such, the role of the firewall has evolved from a perimeter-based security device to a distributed security solution that must intelligently optimize traffic to improve network performance and provide reliable access to these mission critical applications for all users across all locations.

Barracuda NextGen Firewall is designed from the ground-up for the cloud era. The solution enables intelligent network perimeters at headquarters, remote and branch offices, and satellite locations to deliver secured, direct, business quality access to applications hosted in private and public cloud environments while minimizing the need to backhaul traffic. 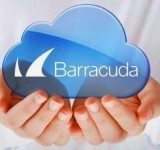 Barracuda NextGen Firewall customers can scale across multiple locations with a ‘configure once, deploy many’ management model that allows up to thousands of firewalls to be deployed, managed and monitored from a single pane of glass. Additionally with version 7.0, Barracuda NextGen Firewall would be able to improve the wide area network (WAN) performance by including multiple uplink usage, intelligent uplink failover, link balancing and WAN optimization. This would be particularly valuable in hybrid environments that require fast, reliable connectivity to cloud apps as well as across on-premises and cloud-based network locations.

“Security at the network perimeter and at the endpoint was considered ‘good security’ years ago,” said Klaus Gheri, vice president of network security, Barracuda. “As threats became more targeted, traditional port blocking firewalls were no longer enough – and the next-generation firewall was born. Today, we’re at another crossroad, where the next-generation firewall must move beyond application and user aware security. The Barracuda NextGen Firewall was built for the cloud era. Designed from the ground-up for dispersed networks, the Barracuda NextGen Firewall redefines the traditional next-generation firewall by enabling an intelligent network perimeter that offers fast, secure, reliable and affordable access to business applications from anywhere and any device.”

Innovation returns to IT

Store Builders Episode 20: How to Help Customers Add a Store...