Duo Security, a cloud-based access provider protecting thousands of organizations worldwide, has announced the launch of their new single sign-on offering. In addition to Office 365 and other Microsoft applications, Duo’s customers would now be able to provide a consistent and intuitive experience to access any other cloud application such as Salesforce, Box, Expensify, Slack and more. 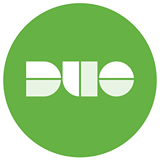 “One of the biggest reasons we moved to Microsoft Office 365 was to leverage the cloud-based email system,” said Chris Allamon, Vice President of Information Technology, Level One Bank. “After we converted our email system over, we gained some other benefits by also looking into SharePoint in the cloud. We use Duo single-sign-on with Microsoft Office 365.”