Though most people don’t think of Romania as a leader in technology and connectivity, the country is among the top rated in the world in internet speed, with an ever growing high-tech sector, according to Santa Monia, California-based cloud hosting company Host Virtual. Bucharest, the country’s capital, has been chosen as the location of Host Virtual’s newest data center.

Host Virtual has been globally expanding to meet customers’ demands. Bucharest tops off Host Virtual’s expansions in Europe, Canada and Australia during 2014, and capacity upgrades in most of its data centers. 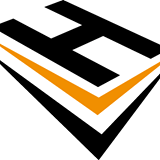 In addition to cloud hosting and BGP Anycast services, Host Virtual offers load balancing and worldwide CDN support with its cloud hosting Infrastructure-as-a-Service (IaaS). Over 500 Linux operating system templates can be instantly deployed by customers to any of its 18 data centers that utilize native dual-stack IPv4 and IPv6 support.

Host Virtual, Inc. is a cloud hosting provider that operates dual-stack IPv4 and IPv6 IaaS clouds worldwide. Built around scalability, self-service and “ease of use”, Host Virtual customers would be able to deploy Linux, VOIP or FreeBSD servers to any location within minutes.

ITM Program 2017 a Success! Roaming Reporters Up, Up, and Away!

Earbookz.com by Uncle Carl – As Seen On TV!