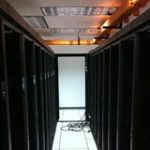 With the rapid growth of the cloud hosting services market over the last 4 years, NewCloud Networks has announced the addition of its 3rd Cloud Pod location, which will be located in Phoenix, Arizona and will be activated in February. This location will serve not only as a site for delivering cloud hosting services, but also as a backup and disaster recovery site for the company’s primary data center in Denver.

“This is a high quality architecture that provides robust infrastructure for Could Computing,” said Sam V. Kumar, President of NewCloud Networks. “We are standardizing on this design for all of our future cloud Pod locations across the country.”

In addition to Phoenix, NewCloud has plans to deploy Cloud pods in Dallas, Chicago, Las Vegas and New York/New Jersey. All of these Cloud pods will be tied together with a redundant private MPLS back bone with 10 Gig bandwidth. “This will give NewCloud seamless nationwide coverage not only for back up and disaster recovery,but also for virtual servers and desktop-as-a-service deployments,” Kumar added.

How to manage the Raw Access Logs in cPanel