CliQr, an application-defined cloud management platform provider, has opened its first European office in London. At the same time, CliQr announced its move from Santa Clara to a larger headquarters in San Jose.

The expansion results from this year’s strong market demand for hybrid cloud technologies, which has driven CliQr to hire more than 60 new employees. 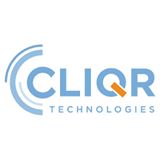 “When CliQr closed its Series C funding round earlier this year, we committed to expanding global distribution and support to meet worldwide customer demand for an efficient hybrid cloud platform,” said Gaurav Manglik, CEO and co-founder of CliQr. “We have not only outgrown our office space, but we are delivering on that promise by opening our London office and increasing service to our European customers.”

The Rise of Plesk Obsidian

7 – How to set up your support departments in WHMCS

How to find and install application in Plesk