Cloud data centers will emerge as the sole growth driver for server shipments, as unit shipments into enterprise data centers decline, according to a recently published forecast report by Dell’Oro Group. The research company expects cloud servers to reach 50 percent of total server shipments by 2017 – a year earlier than previously projected. 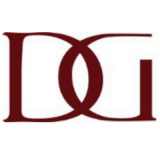 “Our recent interviews with end-users, component vendors and system integrators, indicate that Cloud adoption is occurring faster than industry expectations,” said Sameh Boujelbene, Director at Dell’Oro Group. “The substantial increase in Cloud uptake stems from both a declining skepticism of the Cloud among enterprise accounts, and the willingness of Cloud vendors to hear their customers’ concerns, mainly related to security and resiliency, and to provide platforms to meet their needs. We currently expect cloud servers to reach 50 percent of total server shipments by 2017; a year earlier than previously projected.”

Dell’Oro Group’s Server 5-Year Forecast Report indicates that servers’ migration to cloud holds significant implications for server form factor, even challenging the basic definition of a server. The analysis also discusses the various Ethernet network connectivity options for each server form factor for Cloud vs. Enterprise/Premises deployments, and reveals that a minimum of eight network speeds are expected to co-exist for server access over the next five years.