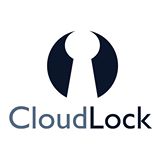 Gil Zimmermann, co-founder and CEO of CloudLock – a provider of cloud cyber security solutions, was named EY Entrepreneur Of The Year 2015 in New England. The award recognizes outstanding entrepreneurs who demonstrate excellence and extraordinary success in such areas as innovation, financial performance, and personal commitment to their businesses and communities.

Zimmermann was selected by an independent panel of judges, and the award was presented at a special gala event at the Boston Marriott Copley Place on June 4, 2015.

CloudLock is a cloud security company focused on providing enterprise-grade security solutions for data in the cloud. The CloudLock Security Fabric is a unified cloud security platform that provides centralized visibility for organizations looking to secure multiple SaaS apps such as Office 365, Salesforce, Google Apps, Dropbox, Box, ServiceNow or any other app. Since its launch in 2011, CloudLock has grown to more than 600 paying customers, protecting millions of end-users in those enterprises.

“It is an incredible honor to receive such a prestigious award and I share this win with my entire team,” said Gil Zimmermann, co-founder and CEO of CloudLock. “When we launched CloudLock, our goal was to transform the industry, making security the reason why businesses adopted the cloud, not why they were afraid to make the change. We’ve accomplished so much as a company and an industry and look forward to keeping the momentum going.”

Now in its 29th year, the EY program has honored the inspirational leadership of such entrepreneurs as Howard Schultz of Starbucks Coffee Company, Pierre Omidyar of eBay, Inc., and Mindy Grossman of HSN. Recent U.S. national winners include Reid Hoffman and Jeff Weiner of LinkedIn; Hamdi Ulukaya, founder of Chobani; and 2014 winner Dr. David Hung, President and CEO and Chairman of Medivation.