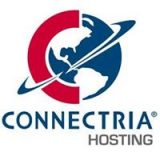 While cloud usage is growing rapidly worldwide, organizations are finding it challenging to implement and manage their cloud deployments, says Connectria Hosting. TRIA for Microsoft Azure would solve these challenges.

“As a Microsoft Gold Cloud Partner, Connectria has been supporting Microsoft customers for nearly 20 years, including Azure for the last 3 years as it became widely used,” noted Rich Waidmann, President and CEO of Connectria. “The introduction of TRIA for Microsoft Azure redefines and complements our services, while providing robust security and cost optimization that are required for cloud deployments.  Anyone who is contemplating a move to Azure or has moved to Azure should consider TRIA for Microsoft Azure.”

WP Engine Core Values: Aspiring to Lead, Committed to Give Back