Bitdefender, a global cyber security technology company protecting around 500 million users worldwide, is now an Advisory Board member for the Xen Project – an open source virtualization software project hosted at The Linux Foundation.

The Xen Project Advisory Board consists of major cloud companies, virtualization providers, enterprises, and silicon vendors, among others. These companies advise and support the development of Xen Project software for cloud computing, embedded, IoT use-cases, automotive and security applications.

Bitdefender joins 10 advisory board members who would be committed to the market and technical success of the Xen Project hypervisor. Member involvement includes financial support, technical contributions, and high-level policy guidance. 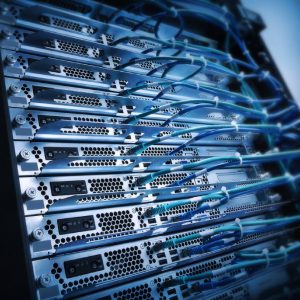 “Security companies look to use the Xen Project hypervisor as its architecture can help mitigate security risks through use of sandboxing techniques, security features like VMI, KCONFIG and Live Patching, and extensive security process,” said Lars Kurth, advisory chairperson for the Xen Project. “Bitdefender is the first security company to join the Xen Project board, and we are excited to increase our expertise and practice in the security space to continue our momentum here and expand to other security-first companies.”

With its corporate headquarters in Bucharest as well as Santa Clara, California, Bitdefender would protect half a billion users every day and work with large enterprises, SMEs, government organizations, and private individuals across more than 150 countries. The cybersecurity company provides solutions for each customer’s specific security needs and uses open source technology to address the new security needs of today.

“Security insights gained from the Xen Project hypervisor VMI capabilities has revolutionized security,” said Shaun Donaldson, Director of Strategic Alliances at Bitdefender. “Instead of being reactive to what is occurring, security can be a proactive effort by using the architecture of virtualization to bridge the context gap. We enjoyed working with the Xen Project as a contributor, and are pleased to now be an Advisory Board member. We look forward to contributing to the creation and extension of security capabilities, building on examples like VMI, within the Xen Project framework.”

Citrix and Bitdefender created the first commercial application of the Xen Project hypervisor’s Virtual Machine Introspection (VMI) infrastructure. VMI would be an ideal API for developers building and monitoring security applications. The hardware-assisted VMI would protect against intrusion and malware attacks adding an extra layer of security. It has been used to spot some of the newer military-grade cyberweapons, like EternalBlue.

Working at Interoute – Women in Tech