vArmour, a Mountain View, California-based data center security company focused on protecting enterprises and hosting service providers from advanced cyber attacks and lateral moving threats, has launched its security solution in EMEA. The company will demo its solution at the upcoming IP EXPO event in London on 8th-9th October. 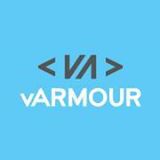 vArmour’s ‘Data Defined Perimeter’ security solution is engineered from the ground up for big data and the cloud. The company was founded in 2011 and has raised $42 million in funding led by Highland Capital Partners, Menlo Ventures, Columbus Nova Technology Partners, Citi Ventures, Work-Bench Ventures and Allegis Capital. vArmour is led by executives from companies including NetScreen, Juniper Networks, Silver Tail Systems, Citrix, Riverbed and IBM.

The ‘Data Defined Perimeter’ makes vArmour’s solution unique, as it allows customers to understand an attack’s progression across the data center. It can identify both the extent of the compromise as well as the ‘Patient Zero’ – the attacker’s point of origin into the network. The solution provides distributed sensors and enforcement points in a single logical system that scales horizontally, which would deliver superior security with simple operations.

How to Install BoldGrid with Softaculous

Preventing Data Loss and Downtime – How VMware-based disaster recovery can...

Building a Cloud Native Application from Scratch (Cloud Next '19)