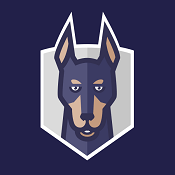 Following notification by Snyk and DigitalOcean’s internal impact analysis, DigitalOcean found that the vulnerabilities exposed were in-line for most of their request processing so it became critical to upgrade the version of Nokogiri that was used in their front-door applications. “Such a quick turnaround could not have happened when monitoring for vulnerable dependencies without Snyk,” added Mr. Czarniecki.

Over the course of a single workday, DigitalOcean was able to upgrade multiple services and internal libraries to a newer and “safer” Nokogiri version, rolling them out to its pre-production and, following verification, production environments. Prior to using Snyk, the process of finding and fixing vulnerabilities would have taken much longer, which meant DigitalOcean was previously susceptible to being exploited for greater lengths of time.

How to work with Azure Blueprints | Azure Tips and Tricks