DigitalOcean has partnered with Mesosphere, a provider of open source software that pools datacenter resources and automates IT operations, to bring automated cluster provisioning to DigitalOcean SSD cloud servers. Mesosphere on DigitalOcean would make it easy for developers to deploy, scale and manage applications, as well as spin up clusters of Droplets (cloud servers), in just a few clicks.

The partnership allows developers to launch Mesosphere on DigitalOcean straight from a dedicated landing page. In minutes developers can stand up a Mesosphere cluster that lets them build and quickly deploy applications that can scale with little or no changes in code.

With much of the DevOps work abstracted, developers would be enabled to operate their servers at massive scale with lower overhead, while still enjoying higher levels of resiliency and resource efficiency. 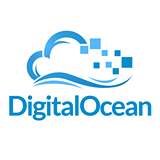 “Mesosphere is a breakthrough for developers seeking more flexible ways to write applications directly against the datacenter,” said Ben Uretsky, CEO and co-founder of DigitalOcean. “The API that Mesosphere exposes for managing the underlying compute resources gives developers powerful advantages in standing up and scaling applications. The ability to manage even thousands of Droplets like a single computer is very exciting to our large customer base of developers who value our fast, developer-friendly infrastructure.”

Mesosphere is powered by open source Apache Mesos, a distributed systems kernel that allows developers to abstract CPU, memory, storage and other compute resources and program against the data center like a single pool of resources.

This collaboration between DigitalOcean and Mesosphere will allow developers to choose between three starter installation options:

“Mesosphere on DigitalOcean lets developers focus on apps, not servers,” said Florian Leibert, CEO and co-founder of Mesosphere. “Existing containerized applications can be orchestrated via Mesosphere’s Marathon with no code changes, and new applications can leverage our Apache Mesos API directly to treat all cloud instances like a large compute fabric instead of worrying about connecting servers and hostnames.”

Headquartered in New York City, DigitalOcean has spun up more than 2 million cloud servers since its inception. The company has servers located in New York, San Francisco, Amsterdam, Singapore and London.

How to Setup a Remote MySQL Connection in cPanel (x3)