Docker is an open platform for developers and system administrators to build, ship, and run distributed applications, whether on laptops, data center VMs, or the cloud. 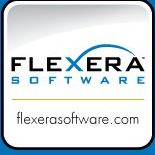 Flexera InstallAnywhere 2015 would increase producers’ deployment options and simplify installation development by automatically creating both Docker images and traditional multiplatform installers from a single InstallAnywhere project. Users can search and pull images from public and private Docker repositories to build containers that run distributed applications on any system or machine where Docker is supported – virtual, physical or cloud.

New features and enhancements in InstallAnywhere 2015 include: