RootBSD, a hosting provider that’s part of Tranquil Hosting and has access to its 25 data centers throughout North America, South America, Europe and Asia, has announced the opening of its Toronto data center location. The company’s customers will now be able to deploy cloud servers into the largest city in the country. 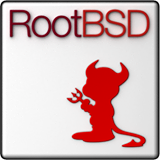 The new data center – available now to RootBSD customers – is directly connected to the Toronto Internet Exchange (TORIX), located in a carrier-neutral hotel in Toronto. TORIX is one of the largest Canadian internet exchanges with over 200 members (including Akamai, Microsoft and Rogers Communications, among others). The data center facility also offers fiber connections, meet-me-rooms, power redundancies and 24/7/365 security.

In addition, because the data center falls under Canadian law, it would afford data protections not available in the US. All RootBSD services come with a native IPv6 connection.

“RootBSD‘s customers have been asking for a Canadian data center – for some of them it was because of privacy concerns – and we are happy to deliver,” said Mark Price, CEO of RootBSD. “We are very excited about our recent expansion in North America and that it’s our first in Canada. Toronto is a hub of commerce and high tech development in Canada and our customers are itching to deploy here.”