IBM has announced the opening of its global headquarters for Watson Internet of Things (IoT), located in Munich, Germany. At the same time, IBM has launched a series of new IoT offerings, capabilities and ecosystem partners designed to extend the power of cognitive computing to the billions of connected devices, sensors and systems that comprise the IoT.

Munich, Germany will serve as the global headquarters for IBM’s new Watson IoT unit, as well as its first European Watson innovation center. It represents IBM’s largest investment in Europe in more than two decades. The campus environment will bring together 1,000 IBM developers, consultants, researchers and designers to drive deeper engagement with clients and partners. IBM’s IoT headquarters will serve as an innovation lab for data scientists, engineers and programmers building a new class of connected solutions at the intersection of cognitive computing and the IoT.

“The Internet of Things will soon be the largest single source of data on the planet, yet almost 90 percent of that data is never acted upon,” said Harriet Green, general manager, Watson IoT and Education. “With its unique abilities to sense, reason and learn, Watson opens the door for enterprises, governments and individuals to finally harness this real-time data, compare it with historical data sets and deep reservoirs of accumulated knowledge, and then find unexpected correlations that generate new insights to benefit business and society alike.” 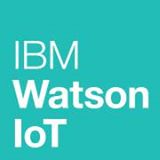 IBM has also announced its plans to deliver Watson APIs and services on the Watson IoT Cloud Platform to accelerate the development of cognitive IoT solutions and services, helping clients and partners make sense of the growing volume and variety of data in a physical world that is rapidly becoming digitized.

With these moves, clients, start-ups, academia and an ecosystem of IoT partners – from silicon and device manufacturers to industry-oriented solution providers – will have direct access to IBM’s open, cloud-based IoT platform to test, develop and create the next generation cognitive IoT apps, services and solutions.

The new Watson APIs and services on the Watson IoT Cloud Platform are established to accelerate the development of cognitive IoT solutions and services. IBM’s four new IoT API services include: