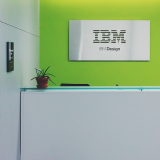 Active Deploy – For core business applications, even a few minutes of downtime can mean lost revenues and a sharp drop in customer satisfaction. This new IBM service would offer developers the ability to deploy software updates to cloud-based apps with zero downtime and no service disruption.

Aligned with the growing trend toward continuous delivery enabled by DevOps, this service would allow teams to produce software updates in short cycles and be confident they can deploy these updates seamlessly and invisibly.

Event Hub – This new (beta) service from IBM brings together events generated by a variety of web services or on-premises systems into a centralized, cloud-based system. Multiple event streams can be aggregated within the IBM Bluemix Message Hub, while still keeping data separate, “organized and easily accessible.”

IBM Event Hub is launching initially with four connectors to enable integration of some of the largest sources of data into apps, including Twitter, Salesforce, Cloudant and MQ Light.