Triton Private Regions would uniquely combine private cloud economics and control with the “simplicity” of a public cloud by creating dedicated, private regions for a customer that are extensions of Joyent’s “open” Triton Public Cloud.

The launch of Triton Private Regions would enable organizations to reclaim control and ownership of their cloud data and give them the ability to precisely calibrate the performance and security of their infrastructure. Companies would be enabled to exploit this increased level of control and their lower cloud costs to create new sources of market differentiation. 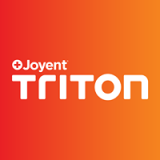 “An increasing number of cloud mature organizations are asking for a greenfield approach to address ballooning cloud costs,” said Scott Hammond, CEO of Joyent. “These companies realize that the economics of today’s public cloud solutions stopped making sense as they grew their cloud footprints and accumulated large, predictable workloads. Many also want to reclaim ownership of their data while avoiding the growing data transfer costs imposed by Amazon Web Services (AWS Cloud).”

“Over the past year, we’ve been working with some of the world’s largest and most sophisticated cloud users to develop a next generation cloud,” added Mr. Hammond. “The result is Triton Private Regions, a revolutionary leap that is a true game changer for companies eager to find new ways to compete in their markets.”

To keep up with growing demand, Joyent is investing heavily in growing its global network of data centers. Triton Private Regions have been launched in the United States (Ashburn, Virginia) and Europe (Amsterdam), with additional data centers coming soon in Asia (Singapore, Korea and China).

“We at Joyent hold the apparently controversial view that Jeff Bezos is not going to own and operate every computer on the planet – that there are indisputable economic advantages to owning one’s own hardware,” said Bryan Cantrill, CTO of Joyent. ‘That said, there is a clear impedance mismatch today between the service level offered by the modern cloud and the complexity of specifying, procuring and operating hardware. Triton Private Regions are designed to fit in that gap: a 100% open source solution that delivers the economics of hardware and the peace of mind of investment protection with the higher-level services that cloud-native computing demands.”

“Triton Private Regions aren’t for everyone:  at smaller levels of scale, one should enjoy the elasticity and flexibility that the public cloud offers,” added Mr. Cantrill. “But for those for whom their public cloud bill has exploded from trivial to crippling – a profile that we find fits an increasing number of cloud-native applications – Triton Private Regions offers a new alternative.”

What is DNS? Part 3 – TTLs and Dynamic DNS

Mark’s WebEx Journey: Join from WebEx Mobile as an Attendee