In a new report from the U.S. audit, tax and advisory firm KPMG LLP, titled “Elevating Business in the Cloud,” the top use of cloud remains driving cost efficiencies (49 percent), as was evident in the 2012 version (48 percent). However, a growing number of organizations are using cloud technology to achieve large-scale change and operational excellence.

The transformative uses of cloud include: better enabling a flexible and mobile workforce (42 percent) and improving alignment and interaction with customers, suppliers and business partners (37 percent).

The enablement of a flexible and mobile workforce was cited as a driver of cloud usage and a transformative mechanism by only 15 percent of executives in KPMG’s 2012 Cloud Survey, whereas this result almost tripled in the 2014 survey. Additionally, according to the 2014 report, executives cite increased employee productivity (54 percent) and higher employee satisfaction and flexibility (48 percent) as the top two benefits of using cloud to improve workforce mobility.

“Employees today demand the same access, experience and richness on their work computers and mobile devices as they have on their personal devices,” said Mark Shank, Managing Director of the Digital and Mobile practice at KPMG. “Cloud is making that possible, and organizations are turning to it to enable a more flexible and mobile workforce.”

Similarly, the cloud is being used to transform customer interactions, as the emergence of the digital-savvy customer calls for organizations to embrace new approaches and tools for communication with customers and prospects. This is especially true in the retail sector. Compared to other industries, retail executives in KPMG’s 2014 survey were more than seven percent more likely to say their organizations are using cloud to improve alignment and interaction with customers, suppliers and business partners. 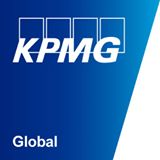 “Today’s empowered consumers expect more from their retail experience, and this adds pressure and uncertainty to retail businesses and operating models,” said Jeanne Johnson, a Principal on KPMG’s Management Consulting team who focuses on consumer markets. “Consumers expect to be known, recognized, and offered personalized insight and offerings. They want to interact with the brand in person, on-line, on the go – on their terms. They also prefer ready access to knowledgeable and responsive associates across those various channels.”

Johnson added, “The pace and variability of change is driving the acceleration of cloud solutions to enable retailers to make the broad range of  operational and business changes to remain competitive in this evolving consumer landscape.”

According to 53 percent of survey respondents, data loss and privacy risk is the most significant challenge to doing business in the cloud, followed by the risk of intellectual property theft, which was cited by 50 percent. When these results were compared with responses to the 2012 survey, security and data privacy have become greater concerns than cost efficiency, which was cited as the most significant challenge at that time.

However, while respondents acknowledge continued security concerns, the comparison to the 2012 survey results also show a substantial decline from the 78 percent of executives that named intellectual property theft a challenge, and the 83 percent that named data loss and privacy risk as a challenge. This suggests that over time, security has become less of a challenge and cloud adopters may feel they’re better prepared now to secure their data, as well as manage data breaches when they do occur.

Forbes Insights, on behalf of KPMG, conducted the web-based survey between December 2013 and March 2014. The survey collected data from 539 total respondents from the financial services, health care, media, and pharmaceutical industries. All respondents were either CFOs, CEOs, or CIO/IT leaders at their respective companies. Respondents came from the U.S., Canada, Australia, China, India, Japan, France, Germany, the UK, and Brazil.